We have two office locations in Florida for your convenience.

Overview of the DREAM Act

In American Law an “Act” refers to a law or set of laws.  In this particular case “DREAM” is an acronym for : Development, Relief, and Education for Alien Minors. The DREAM Act was proposed by an American lawmaker on legislative proposal first introduced in the Senate on August 1, 2001, by Dick Durbin and Orrin Hatch. It has undergone several changes since it was first proposed as a law an while numerous versions of DREAM Act have been proposed form 2001 to today, none of them have ever been turned into law. 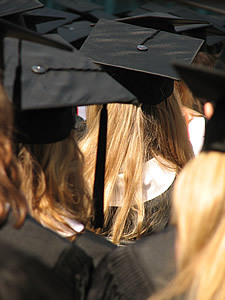 What does the DREAM ACT do and for whom?

That’s a great question.  While different versions of the DREAM Act have differing requirements for eligibility, in general the DREAM act is targeted at young people how are of college and/or military service age.  It would allow many people who were previously seemed as “illegal immigrants” the legal permission to stay in the country as legitimate students and/or soldiers in the U.S. Armed forces.  After successful completion of college or several years of military service the candidate would receive some type of reward, typically permission to stay in the country several more years legally.

Is the DREAM ACT a federal law or a state law?

While the DREAM Act was first proposed as a federal law, no version of it has made it into law as of yet.  While many are hopeful many also doubt it ever will be turned into law. Several states have enacted laws or packages of laws that are referred to as a “DREAM” Act or something similar.  While they can not create laws that effect citizenship or legal status of anyone ever, a state can write laws about whether students without a legal immigration status may attend their colleges and what tuition rates they would pay for while they do attend.  Please don’t rely on any state’s dream act alone to protect you.  It is only the Federal government that can give you legal permission to be in the U.S. and/or decide whether to deport you or not.

For these issues you should have an attorney that practices immigration related law to guide you through the complicated laws and process of the federal government and the state that you live in.